Applications for Free School Meals and Uniform Allowance for the upcoming school year are now open!

Please note, as well as new applicants, parents/guardians of children who are already in receipt of Free School Meals and Uniform Allowance will need to apply again for this school year.  You will need to register an account to apply. You will then be able to log back in to check your application. 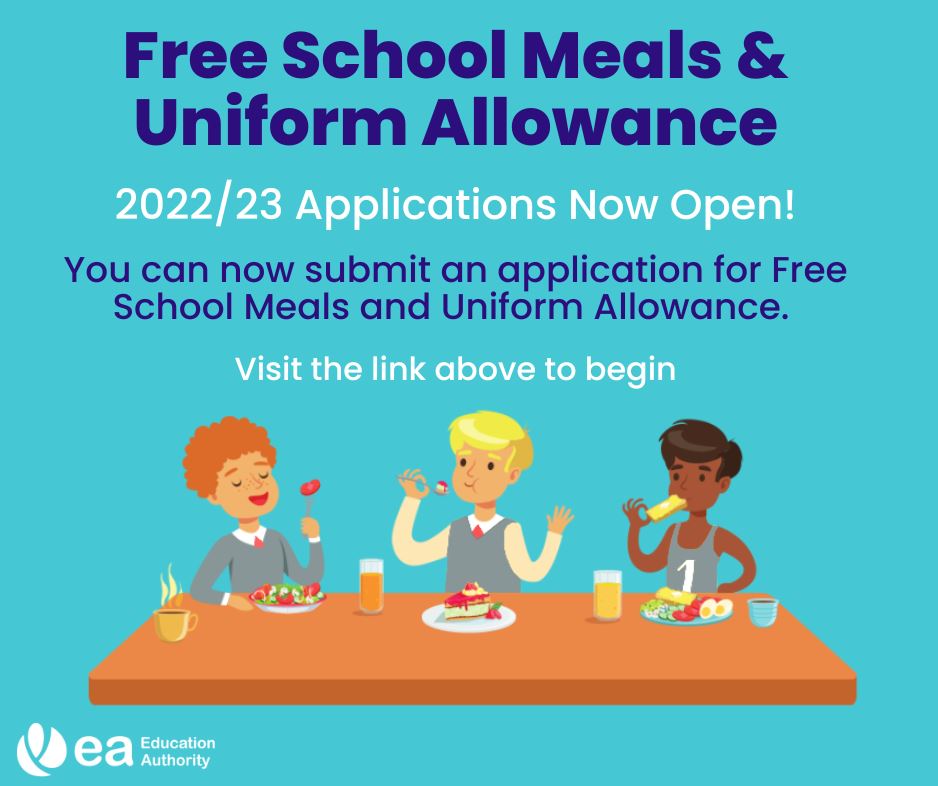 In an effort to support the millions of families that have had to take refuge as a result of the conflict in Ukraine, Trinity College London is pleased to introduce a special round of the Trinity Language Access Fund to help those who have been affected by the war.

The Trinity Language Access Fund has been developed to provide English language learning and examination grants for learners who experience barriers due to race inequality, settlement status, special needs, disability and more.

The funding in this round will be specifically allocated to Ukrainian nationals who are deserving of the opportunity to learn English but who may not have access to education because of their circumstances.

Teachers and organisations working with Ukrainian refugee learners are encouraged to apply for funding to help with the costs of lessons, equipment, materials or exams.

Those looking to submit an application in this special Ukrainian Support round can do so from Monday 4 April 2022 up until Monday 27 June 2022.

EA Youth Service are delighted to launch the Planned Intervention Programme for 2022/23 on behalf of @ExecOfficeNI.

Applications are now open for EA YS registered groups via  http://eanifunding.org.uk/plannedintervention/  and close at 4pm on Tues 12th April.

There are a number of support workshops available and attendance is highly recommended to gain support with your application.

You can register at http://eafunding.eventbrite.co.uk 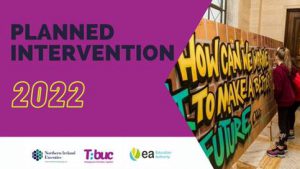 Grant awards will fall into three broad categories or ‘tiers’:

Applications will be accepted from organisations that:

The following are not eligible for funding:

Grants are available for projects which contribute to the promotion of good relations between people of different ethnic backgrounds, the building of community cohesion, and promotion of integration. Eligible projects should work towards the following outcomes:

Eligible activity should fall under one of the following three categories (or tiers):

Guidance notes and the application form are available at the website of the Executive Office.

For further information on how to obtain this grant locally, please contact the following:

Information on future calls is indicative only and may be subject to change.

The 2022/23 Central Good Relations Fund (CGRF) is now open for groups who wish to apply online for a project funding grant (for projects over £1,500).

Applications must be submitted online by: Thursday 13 January 2022 at 6:00pm

To access the online application portal, you must first register your organisation. However, if you registered in the last two years, you do not need to register again. Please follow the link below and enter your username and password in the ‘Local Account Login’ section to log in to the application portal.

Already Registered? Login to apply for a 2022/23 CGRF grant

Register
To register (if you have not already done so), you will need:

Online Application
To apply online you will need:

Got questions?
Contact our team using the e-mail below:
 GoodRelationsFund@executiveoffice-ni.gov.uk