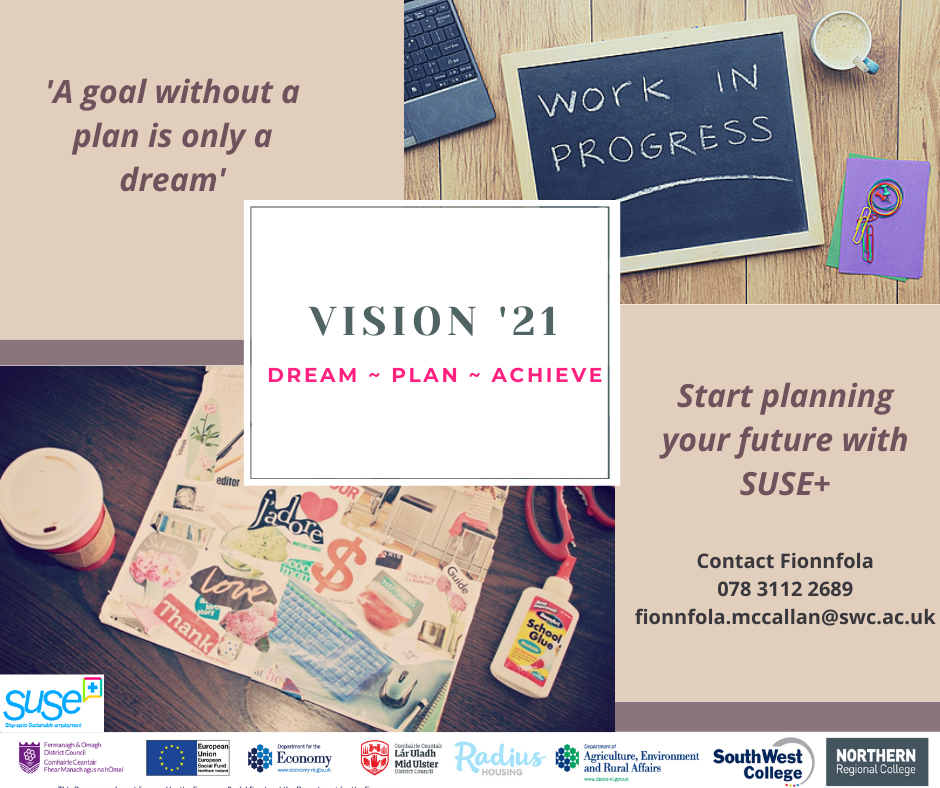 SUSE+ are running Vision ’21 starting in April 2021. This workshop is designed to help provide some direction and guidance on planning for your future and will include:

This workshop is ideal for anyone who is feeling lost, confused, or indecisive about their future. Anyone who has found themselves unemployed, considering a career change or who just feels like they need a little extra support to help them on their journey.

If you know anyone who may be interested in this workshop, please contact Fionnfola on 078 3112 2698 or fionnfola.mccallan@swc.ac.uk.

Otherwise, you can register your interest using the link below and Fionnfola will be in contact.

SUSE+ covers the Magherafelt, Cookstown, Dungannon and surrounding areas and anyone who is aged 16-65, unemployed, working less than 16hrs or not in training or education is eligible.

The month of May is #MaternalMentalHealthAwareness Month. During this time when our extended support networks are not available, if you are worried please remember to contact your GP, midwife or health visitor.  For more information see: http://ni-maternity.com/mental-health #pregnancy #baby 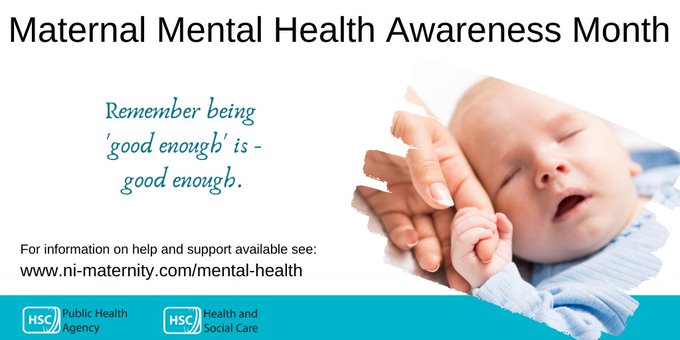 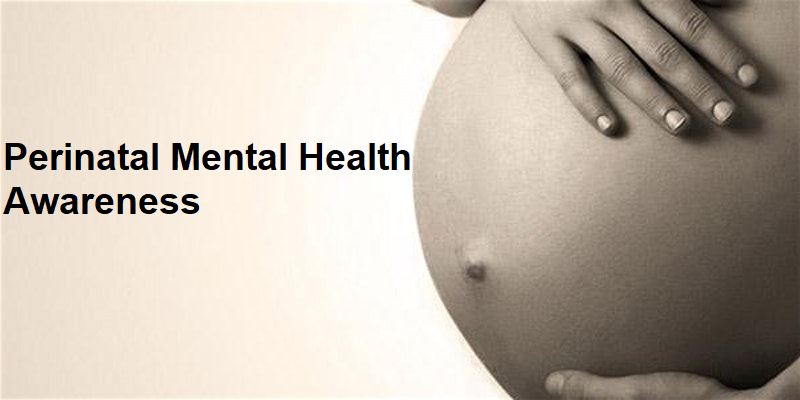 The workshop is limited to 20 spaces, early booking is recommended.

Please follow the link to the Eventbrite page to register for this event:
Click Here to Register

SUSE+ are offering a tailor made 12 week package to help progress you into employment.

View the flyer below for more information. 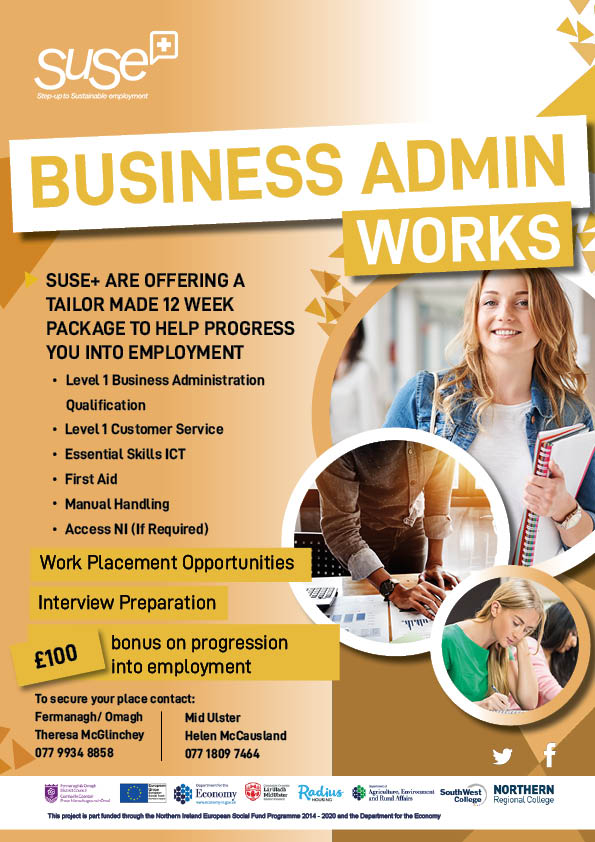 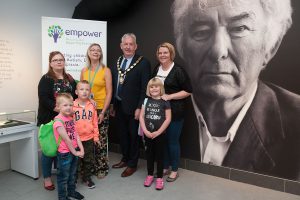 Empower Project, in partnership with the award winning Seamus Heaney Homeplace in Bellaghy, has introduced yet another innovative activity to its already busy programme of events.

The Lottery funded project, which offers support to families of children with Autism, Dyslexia and Dyspraxia in the Mid Ulster and Antrim & Newtownabbey council areas, hosted a very successful movie day in the Centre’s Helicon last weekend.
Over 60 people attended a special screening of the popular animated film ‘Early Man’. Marie McCloy, Empower Project Manager said she was delighted with the turnout and the positive feedback from both the children and their parents.

“Families of young children with Autism Dyslexia and Dyspraxia can often find it difficult to do things as a family so we wanted to organise something that they could do together. The Helicon at the HomePlace was ideal as it provided a safe and relaxed space where they could all feel comfortable to enjoy the film.

“We worked closely with staff at the HomePlace to make sure that everyone felt welcome and were delighted that Councillor Sean McPeake, chair of Mid Ulster District Council, was able to attend and had an opportunity to meet some of the young people present to show the Council’s support for the project.”
Marie added that she hoped the weekend screening would be the first of many at the HomePlace.

“The Homeplace was an ideal venue as staff who were very aware of the needs of the children and their families were most supportive and went out of their way to make it as inclusive as possible.

“We’d like to build on the success of the inaugural movie day so we’ve asked the young people for their ideas on what the next film should be. The youngsters really enjoyed the film and their parents said it meant a lot to them able to do an activity with their children that they would normally avoid.”

Councillor McPeake said the Council recognises the challenges faced by families of children with Autism, Dyslexia and Dyspraxia in accessing events and activities to enjoy together.

“We understand that creating safe and friendly environment is key to opening up opportunities and are delighted that HomePlace was been able to work in partnership with Empower Project to stage such a successful film screening.”

In response to demand from parents, Empower Project runs regular training programmes for parents, as well as a range of activities for young people to improve their communication and other social skills. It also works in collaboration with local schools to provide literacy and numeracy support. For further information on courses and activities, go to www.empowernetwork.co.uk.

Manage Cookie Consent
Cookies help us to deliver the best experience on our website. By using our website you agree to the use of cookies.
Manage options Manage third parties Manage vendors Read more about these purposes
View preferences
{title} {title} {title}