South Belfast LPG hosted a screening of Resilience: the Biology of Stress and the Science of Hope on 13 December.

This was identified in their current action plan, which highlights the need to raise awareness of ACEs and improve resilience.  46 people attended the screening which was held in the Agapé Centre.  The event included the documentary and a discussion panel of Maurice Leeson; HSCB on behalf of the Regional ACEs Reference Group, Fintan Connelly; Take Ten and Nicola Hannigan; Barnardo’s.

100% of attendees reported an increase in their knowledge of ACEs and toxic stress with one attendee commenting “…how valuable to see children holistically, understanding and supporting them, rather than blaming and punishing them, could change the world…”

As part of this action a second screening was held on 16 January hosted Donegall Road Primary School for 30 teachers and schools staff from schools in the area.  This screening included a question and answer session with Mairead Weir, Principal of St. Joseph’s Slate Street West Belfast.

South Belfast Locality Planning Group together with the South Belfast One, CASA and Outer South and East Family Support Hubs invite you to a FREE screening of Resilience.

Please confirm your attendance with Una Casey una.casey@hscni.net or 028 9536 2848 before
Monday 10 December.

The Belfast Childcare Partnership invite delegates to their upcoming conference that will be held on 26 November 2018 in Belfast City Hall to celebrate childcare practice in Belfast.

Registration is essential as places are limited. If you would like to attend please complete the booking form attached and send it to clover.gabbidon-lyttle@hscni.net by Friday 9 November 2018. 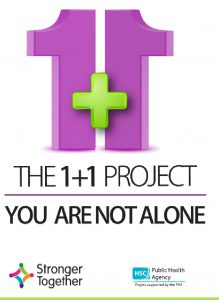 A collaborative Stronger Together Initiative for early intervention bilingual Mental Health Support that is being piloted in three areas across N.I:

The project is available to support individuals in the minority ethnic community experiencing depression.

What will the project do?

Click here to find out more about the project 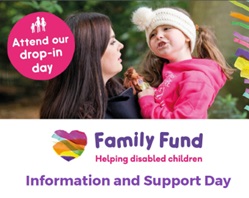 The Family Fund will host an Information and Support Day for families who have a child with an additional need to meet the staff team and to learn about the support services, grants and information/advice that is available to support families in Northern Ireland.

The Information and Support Day will take place on:

Manage Cookie Consent
Cookies help us to deliver the best experience on our website. By using our website you agree to the use of cookies.
Manage options Manage third parties Manage vendors Read more about these purposes
View preferences
{title} {title} {title}